Photography - David Payne
Devon Clotted Screamers v Bath Roller Derby Girls
Bristol, July 14th 2013
Having enjoyed hosting Bath Roller Derby Girls at home earlier in 2013 for a joint training session and scrimmage, the Screamers were excited to play them in a ‘proper’ bout up at their training venue in Bristol.  We felt that the two teams were quite evenly matched in terms of the amount of time since starting out and also our bouting experience so it would be interesting to see how a real bout panned out after we had each had a few more months of training.  Had we known in advance that the day of the bout was destined to be the hottest day of the year we may not have been quite so keen…! 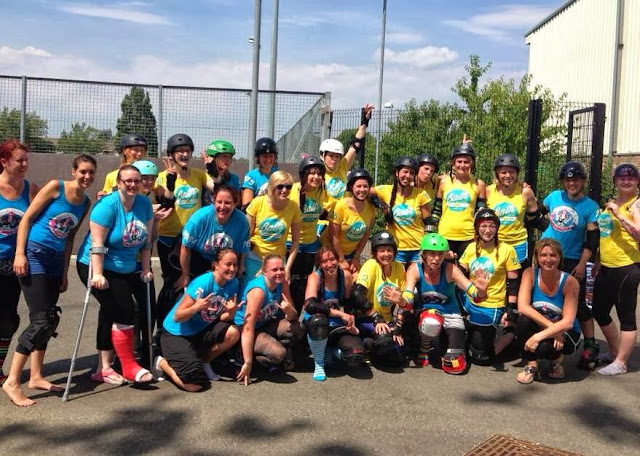 The journey up seemed uneventful enough for most of us – even K-Tea Claws and Mumbles made the epic journey successfully from Eastbourne where they had been NSOing the previous day for the Eastbourne Extreme outdoor roller derby event. (They did both, however, have a nasty case of sunburn – Claws’ calves were a particularly lovely shade of burgundy from halfway down and Tony proved that it is possible to achieve a slightly red shade of black!).  However as we warmed up we realised that our Captain Coxy was nowhere to be seen – and this continued to be the case as the first hour’s training continued.  As we got hotter and hotter in the oven of a sports hall, Coxy, Smitty and Carl were enduring the same sweltering heat albeit stuck in a car on the way to Bristol.  Eventually, however, Coxy made her entrance (one might say slightly flustered and a little peeved) and we were ready to go just in time for the first whistle. 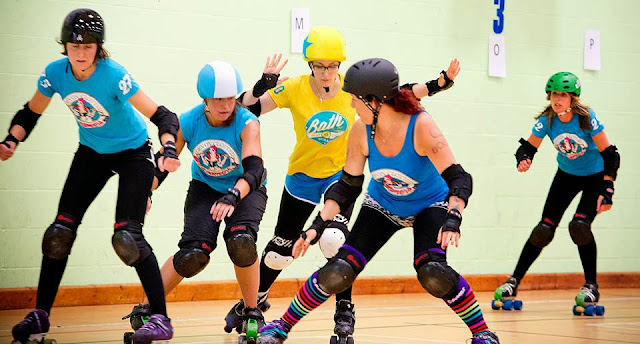 As is usual for the Screamers, we were unable to field a full team due to injury so we were joined by a lovely lady from Bristol Roller Derby (who I’m not sure we were ever told the name of but who went by the name of Mumbles for the rest of the afternoon).  This lovely temporary Screamer was very positive and with ice-skating experience behind her we were very grateful to have her on our team!  The Bath girls were as cheerful and friendly as ever in their summery yellow kit but it was time to leave niceties behind and put it all out there on the track.  We had assistance from So Solid Sue on line-up and the real Mumbles on the bench and we did our darndest to get off to a good start.  After a few jams with the usual schoolboy errors in terms of penalties, some good jams were achieved, with quite a few power jams on both sides.  Both teams had come on greatly since our earlier meeting in Barnstaple, and there was some really strong blocking and jamming from the usual suspects and a few new faces.  It was a close bout, with Bath just clinching it as the Screamers reduced line-up finally wilted in the heat, but everyone gave it 100% and came off the track smiling. 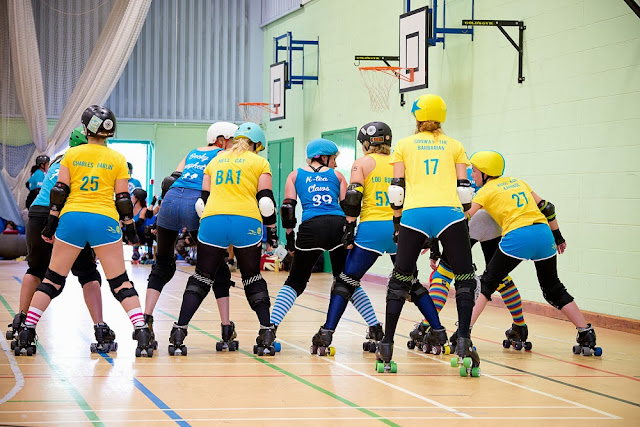 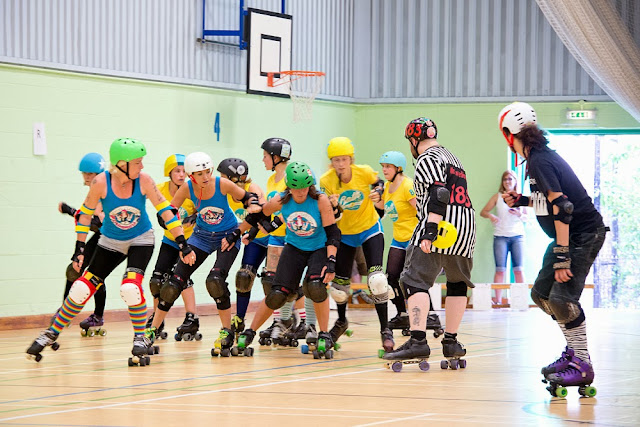 After everyone had quickly de-skated and rushed outside to enjoy a bit of a breeze, we were treated to delicious BRDG cupcakes (wonder where they got that idea?!) and lovely goody bags celebrating the popping of BDRG’s bouting cherry.  Although some of the team had to get back to North Devon quickly, a few brave souls embarked on an adventure to a mystery picnic spot which I’m sure was most enjoyable once they eventually found it!  It was a fantastic day as always with the gorgeous ladies from Bath and we’re already looking forward to doing it again (but maybe in normal British temperatures this time!). 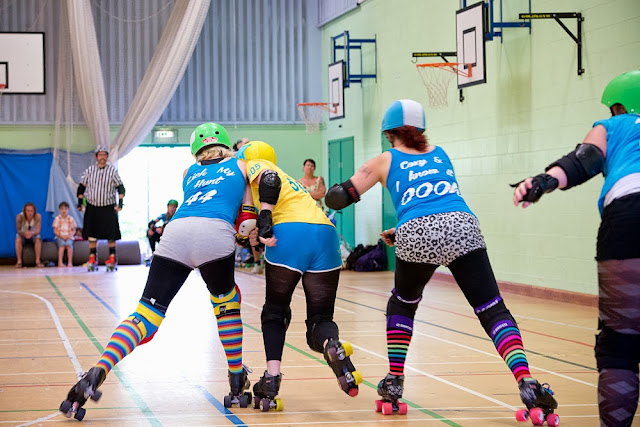 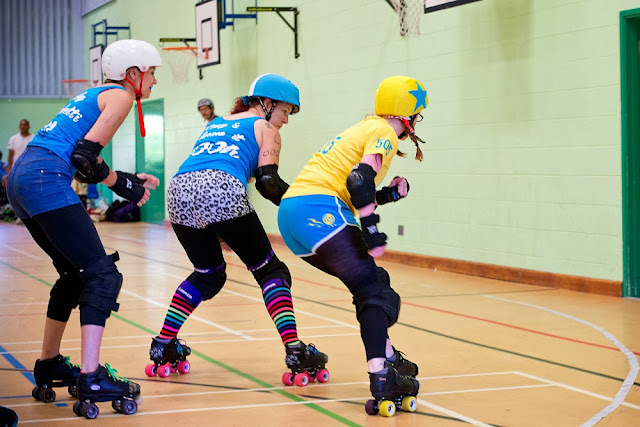 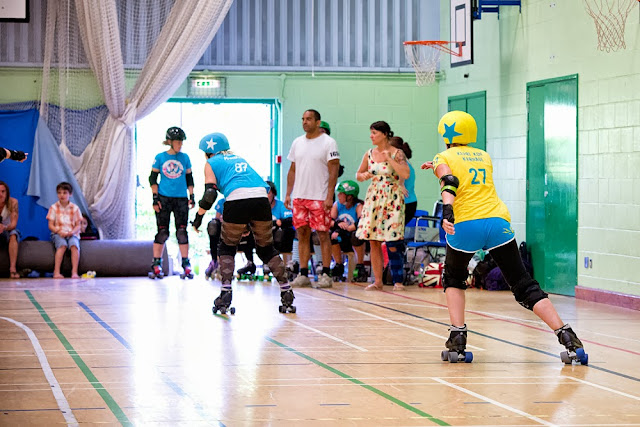 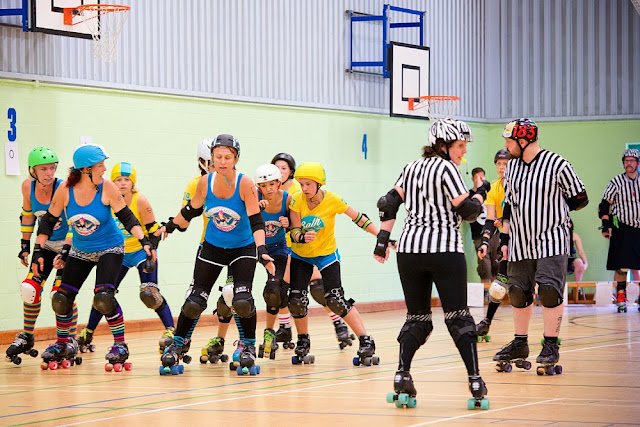 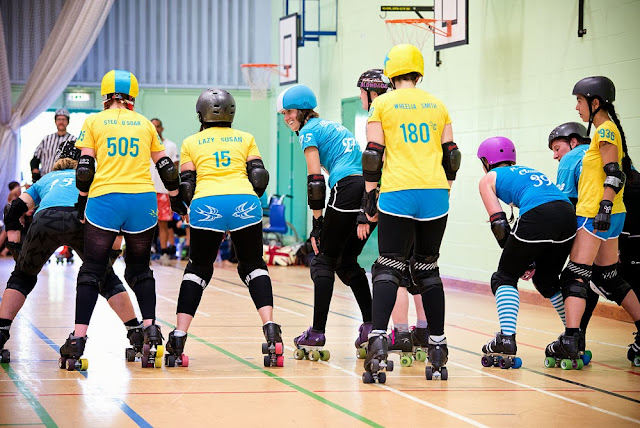 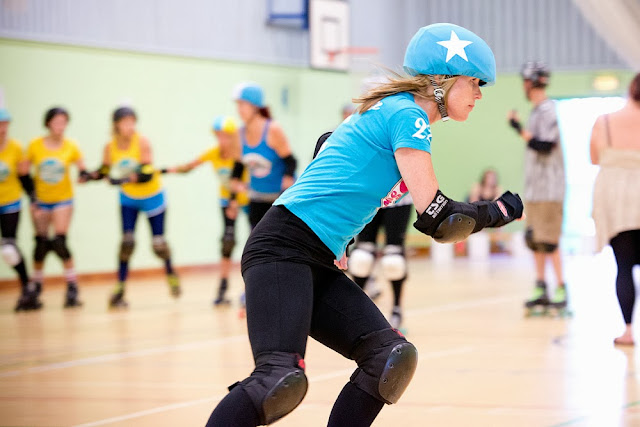 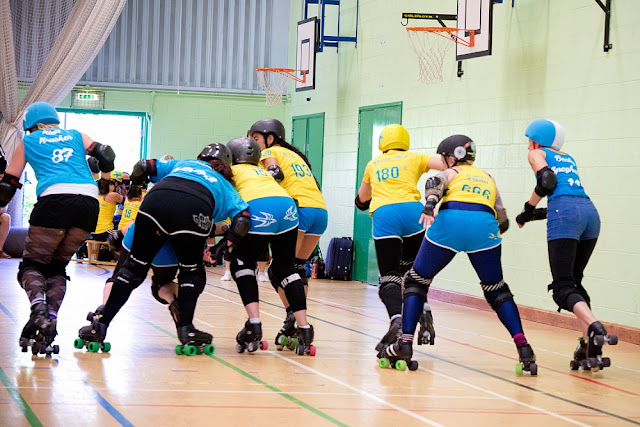 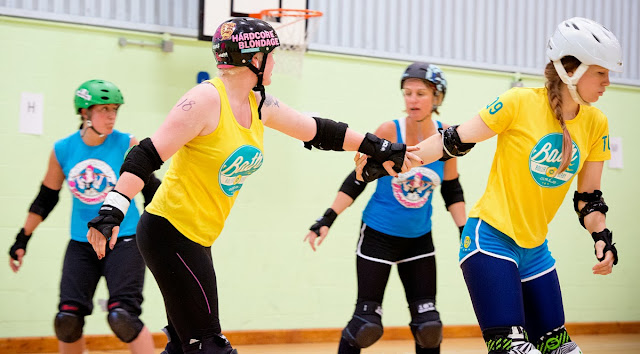 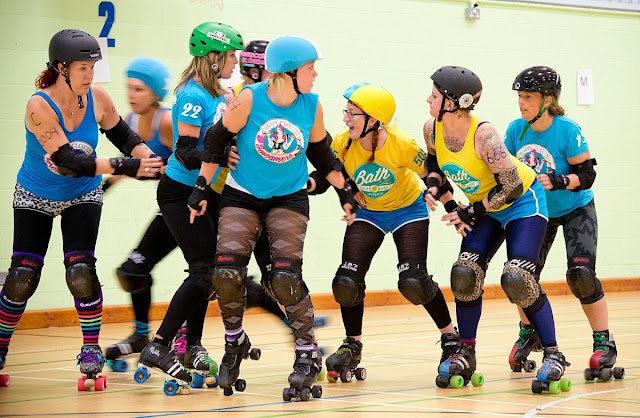