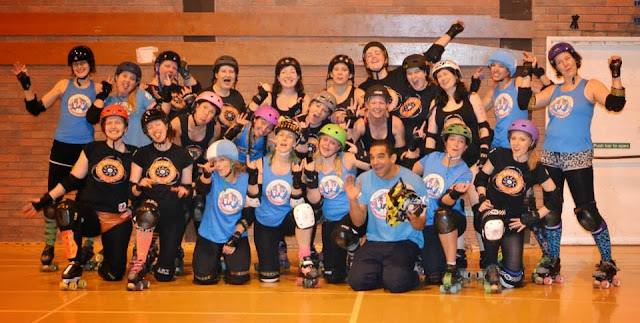 So, another Saturday, another game to prepare for, this being the penultimate game of 2013, our momentous first year as a fully scrimming team. This game was on home ground too so chances were, no catastrophes would happen today. 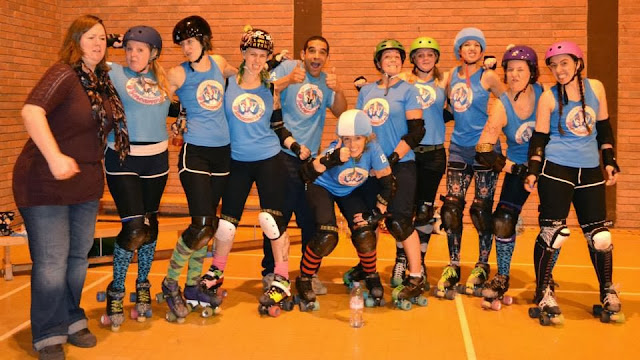 Just for a change, we decided to field a very short team. Not short in stature, short in numbers. Today we had just 9 - you could say we either love a challenge, or are slightly challenged in the brains department. I’m going for the latter, but we have become accustomed to this, and speaking personally, I am getting on a bit and remembering everybody’s names is nigh on impossible so the fewer there is to remember, the better for me.  It has to be said though, when we do have a fuller team when our lovely freshmeat are ready, we will be awesome.

So to the game, it started off fast, it continued fast and was over too fast. We played hard and to a certain extent, constantly, if you look at how much track time we all had. There was no time for daydreaming put it that way. It was pretty much a game of “if you’re not too crackered then stay on”. Stamina again saved us, and adrenaline is a marvellous thing too, I think we could have carried on playing if time hadn’t run out. 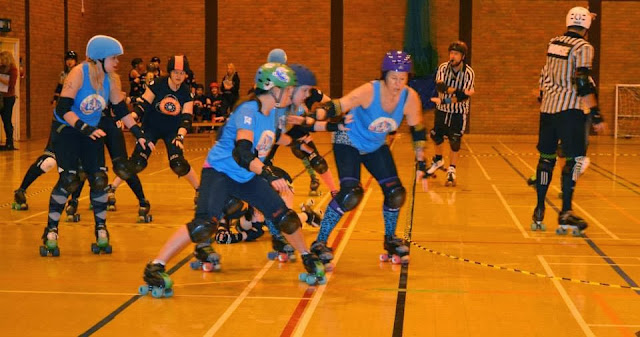 SRT are another favourite team to play, on track and off they are a great bunch. We were certainly worked very hard with every jam being intense. Everybody put so much into the game, at times the score was close too, but power jams were our enemy on the day. I have to mention our Sillycon Abi, who has so far only played about 3 games but was thrown in the deep end and had to jam when Karla was close to collapse. 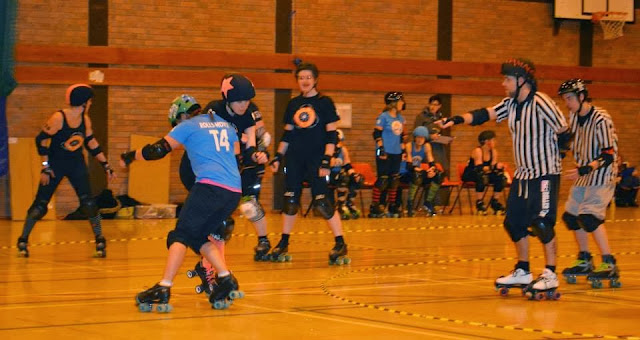 With each game that passes, the Screamers are getting stronger as a team…..all I can say is, watch this space in 2014! 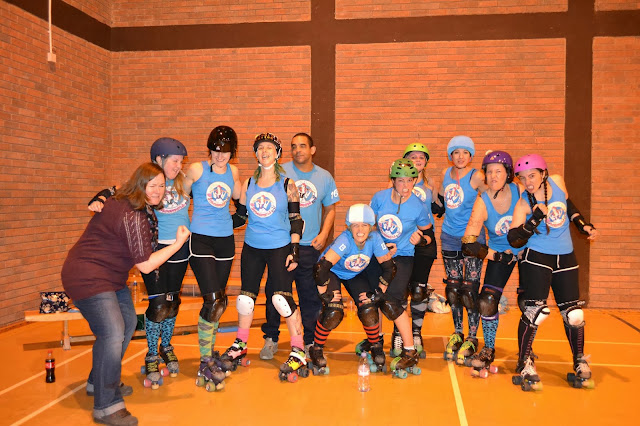