Plymouth or Bust
Away - Closed Scrim Plymouth B 28th March 2013 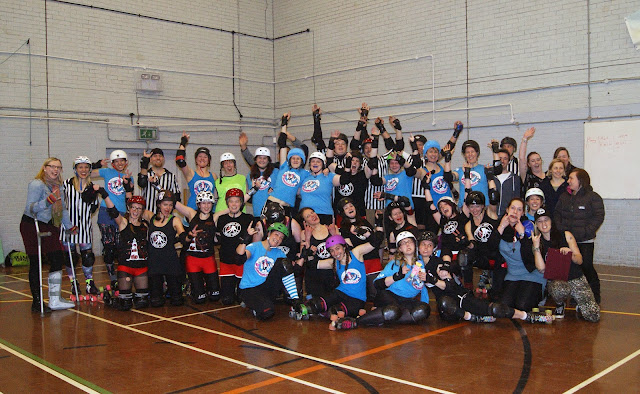 If an entire team could have a bit of a derby crush on another team it would be the Screamers having a bit of a thing for the Plymouth City Roller Girls. We had the privilege of seeing them in action and then have them come down and tick us off for our minimum skills a couple of weeks before and now we got to play against their 'B' team. Oooh errr missus. Having popped our cherry against SRT we were a bit more confident about the up and coming game. 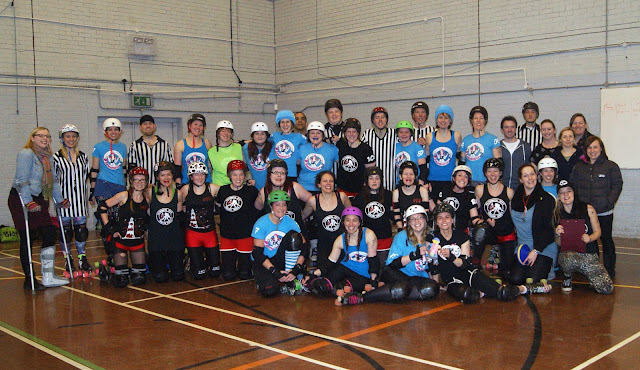 It was going to be a late one as the venue could only be booked in Plymouth 2000-2200. A bit of a mini convoy set off from Barnstaple Leisure Centre. The Ilfracombe massive and me set off in Charlie’s Bongo. (For those of you not in the know it's a small camper van as well as a set of drums) and Lisa in the team pimp mobile had most of the remaining team. Michelle Moyse also drove down and if memory serves me correct Gill made her own way down as well. The race was on to see who would get there first. The massive choose to go the back way (no surprise there) and I was introduced into the delights of being a passenger in the camper van been driven at night over roads which could very well have been mistaken for the worlds longest roller coaster. It was the quietest I have been for a long time as I tried not to allow my tea to make a re-appearance. Truthfully my thoughts weren't on derby at this time they were more on praying this journey would be over fairly soon. Finally we arrived only to discover that Lisa had tried to break some kind of personal driving record and her passengers were equally as grateful as I was for the journey's end but for different reasons.

So after milling around the car park for a bit we entered the venue and hung around the entrance hall and the team got changed into their kit. The Plymouth City Roller Girls trickled in and greetings were exchanged. Everyone then made their way up to the cafe and Dre-Booze Face set about organising the officials and the game play. Meanwhile in our totally professional way of doing things we then proceeded to discuss tactics amongst ourselves using a cake box and a pen. Due to being a couple of players short Plymouth loaned us 3 players who normally skated with Cornwall. Introductions were made, nervous waves to each other, spare shirts were given over and last minute scribbles were made on the cake box. Time for the game. 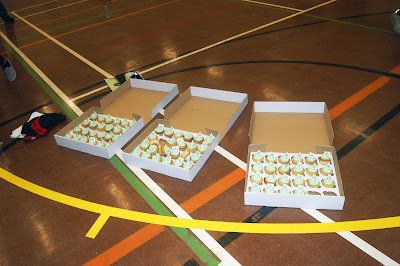 Our Team Captain, Coxie, in a cunning display of mind play and team tactics adopted a blank look of confusion there by lulling Plymouth into a false sense of security. Genius.


The Whistle went for the first jam and Boom, Boom, Boom Baby what a difference a day makes. When we played SRT for the first 10-15 minutes no one was really sure what was going on however today it suddenly all made sense. We didn’t just get 1 lead jam we got a shedload to the point where it was like' oh we got lead jammer again'. It was awesome. Everyone played really well but the players that stood out for me were Lisa who was racking up the points as a jammer but also felt the need to have her own personal chair in the penalty box, Kim and Michelle who were a great double act as offensive and defensive players, the Cornish trio who were a lot more experienced advising us on what to do and pulling off some brilliant plays. For the first 15 mins or so the team held their own against a strong Plymouth 'B' team who must of thought who are these girls. I think I even saw a flicker of concern in their eyes for a while but the Plymouth girls overall fitness and game knowledge began to tell towards the end of the half as the Screamers with the best will in the world were starting to get a little bit fatigued and started making mistakes which ended up with people being sent to the penalty box which Plymouth took full advantage of. At the end of the first half Plymouth had opened up a bit of a lead but the game was still there to be won. 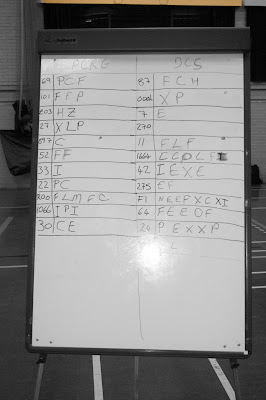 After consulting the cake box the team set out onto the track for the second half and once again started off really strongly. Becky stepped up to the plate and may have said one o two un-Christian things which I am sure the gods of roller derby will forgive her for, the 'Massive' were doing a grand job on the track blocking away like there was no tomorrow. Coxie seemed to finally realise where she was and what she was supposed to be doing, Lisa was splitting her time between scoring points and sitting in the penalty box, Dumbledore's offspring (Michelle and Kim) were reeking havoc on the Plymouth players, So Solid Sue before she became Slightly So Solid Sue was busy swinging around the track giving it some to any Plymouth girl who came near her and in some case being a one person wall and everyone else was giving their all but unfortunately the game knowledge and fitness that Plymouth City Roller Girls 'B' team had over us played a part and once the tiredness set in penalties were given away by us with which  Plymouth once again started opening up a lead over us. The team never gave up and kept trying to the end and everyone gave 100% and then some and even I was briefly satisfied but to no avail. Plymouth ran out deserved winners on the night. 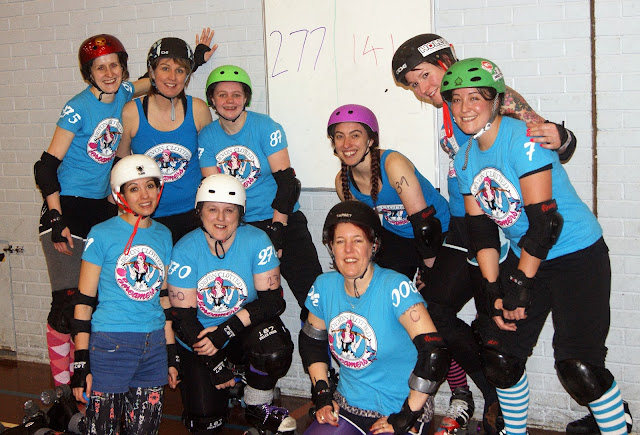 After lots of sweaty derby hugs and high fives between the teams and blood oaths of undying love (!), the true power of the cake box was revealed and as a token of our thanks and appreciation to the Plymouth Girls for playing us the Screamers cupcakes of deliciousness were revealed. Once the dust had settled and all that was left were empty cupcake holders and people trying to talk with a mouth full of yumminess we said our fond farewells. 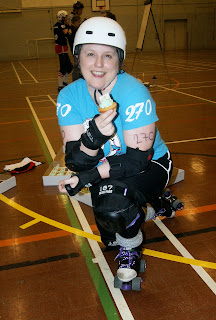 Absolutely shattered but happy to have taken part in a really good game with a great team in Plymouth the Screamers went to their various vehicle's and headed our separate ways back to Plymouth. Lisa set about smashing some more speed records and the Massive and me where nearly directed to Aberdeen via Sat Nav but somehow managed to fluke it back to Barnstaple. I have no idea how or what way we went.

It was a good game and a lot was learnt from it from our side. I couldn’t in all honesty have asked for more from the team. Well maybe one more cup cake :) 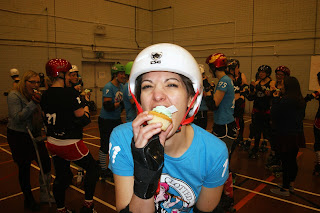 Tony 'Mumbles' - Proud to always be a member of the No.2 Club and keen Bargain Hunt Fan (one day).